Planetary resources are now being consumed 30 percent faster than they are being generated, including the planet’s ability to process waste. Demographer’s project worldwide population will grow from the current seven billion to nine billion by 2050. This means that we will, on average, add 75 million mouths to feed, or the equivalent of Germany, every year for the next thirty. The problem multiplies when we try to elevate the standards of the developing world to meet those of the developed world.

Americans consume as much as 32 Kenyans and per capita consumption in China is about 11 times below ours. If the Chinese consumed as much as we do, we would roughly double world consumption rates and it would triple if India were to do the same. If the whole developing world were to suddenly catch up, world rates would increase elevenfold. It would be as if the world population ballooned to 72 billion people (retaining present consumption rates). This does not take in to account global climate changes, decreasing water supply, overfishing of our oceans, and the use of petroleum in our current production of food resources. 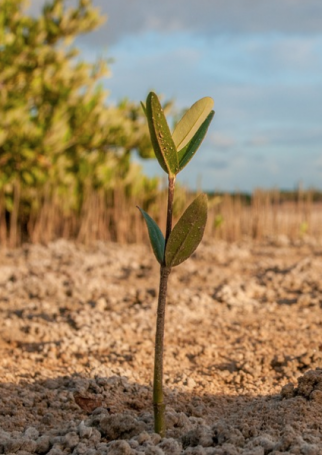 According to World Hunger, the estimated percentage of U.S. households that were food insecure in 2015 was 12.7 percent of the 15.8 million households, approximately one in eight. In 2015 the official poverty rate was 13.5 percent or 43.1 million people in poverty. The poverty rate for children under 18 was 19.7 percent in 2015 and the number of children in poverty was 14.5 million. Children represented 23.1 percent of the total population and 33.6 percent of people in poverty.

World Hunger cites that the United Nations Food and Agriculture Organization (FAO) estimates that about 795 million people of the 7.3 billion people in the world, or one in nine, were suffering from chronic undernourishment in 2014-2016. Almost all the hungry people, 780 million, live in developing countries, representing 12.9 percent, or one in eight, of the population of developing counties. There are 11 million people undernourished in developed countries. 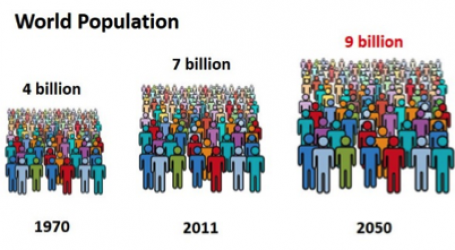 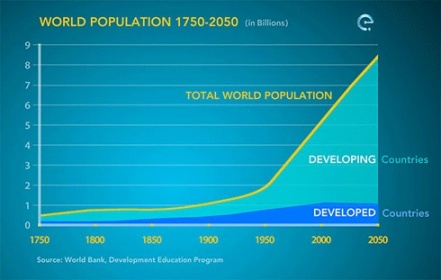