The concepts of sustainable development and green growth are similar, having in common the ideas of using fewer resources more efficiently and limiting the harmful impact of economic activity on the environment by creating green industries and ‘greening’ existing ones (UNIDO, 2011b). They also mean dismantling the activities that contribute most to environmental degradation, such as coal-intensive industries and converting them and their employees to greener work. Green industry is defined by the United Nations Industrial Development Organizations as “Industrial production and development that does not come at the expense of the health of natural systems or lead to adverse human health outcomes” (UNIDO, 2011b). However, green industries are difficult to classify statistically, and there is no universally accepted definition. 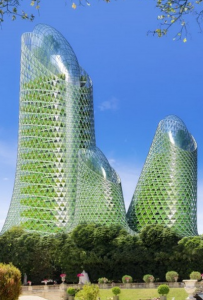 Estimates suggest that sectors that fall under the green industry umbrella already employ large numbers of workers – 3.5 million in Bangladesh, 1.4 million in Brazil, 2 million in Germany and, in the United States, 2.5 million in the private sector and almost 900,000 in the public sector. The net impact of green growth on employment is usually forecast as positive, though some industries stand to lose jobs. Sectors such as alternative fuels, building technologies, wind power, alternative fuel vehicles, geothermal energy, water supply and wastewater treatment are expected to drive sustained expansion in green industries globally in coming decades (Hinojosa and Pickles, 2015). Renewable sources may account for almost half the total increase in global electricity generation between 2015 and 2040, with especially large increases predicted in China, India, Latin America and Africa (Hinojosa and Pickles, 2015).

The implications of green growth for education and training policies are complex and often industry-specific. Policy-makers and educators face the challenge of defining which skills to teach, even as the economy is undergoing rapid change. They must also balance current and long-term priorities, deciding, for example, how much focus to give to redefining initial education and training as opposed to up-skilling and retraining the current labor force. They need to develop flexible education and training frameworks in line with the capabilities and aspirations of students and trainees. 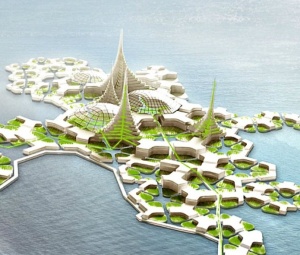 There are groups appearing that are making efforts to create self-sufficient communities with sustainable resources and efforts to combat the climate crisis by using green technologies. A few notable projects include the Regen Villages in the Netherlands, the Seasteading Institute in Polynesia, the Venus Project in Florida, and Plant Chicago in, of course, Chicago. These pioneers are developing sustainable resources within their respective communities to help pave the way to a better future. However, these plans require educated professionals to design, build, maintain, and manage the food resource systems. This is the emergence of a new job market. Smaller and more economically feasible efforts must be made for the benefit of the global population and trained professionals are needed regardless of the project's level.

Microsoft Corporation has been growing hydroponic greens in their Café 34 since about 2015 under the guidance of their Urban Farmer. Other large companies will likely follow Microsoft’s lead in promoting sustainability and a green environment while also providing a rewarding career.